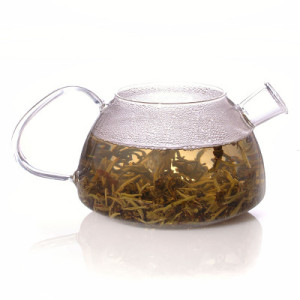 At RUUT Essentials we believe that a holistic approach should be taken in our healthcare. This may sound all “new-age” but in reality it’s been the practice of the people for thousands of years in certain areas of the world. Something as simple as green tea for example, can contribute greatly to your overall health, and it may even help boost the effectiveness of other healthcare efforts.

In Asia, where tea originated, green tea has been used for medicinal purposes since ancient times. While acknowledged the world over as a delicious drink, modern science has confirmed what traditional Asian culture already knew: green tea is extremely healthy.

One of green tea’s most valuable attributes is its ability to improve blood flow — which, in turn, means green tea consumption can improve heart health by both reducing the chances of heart failure and by lowering blood pressure. Since cognitive ability depends on blood supply, drinking green tea can also boost brain function. Studies have found that people who regularly drink green tea have a lower risk for both strokes and heart attacks.

Plus, green tea can help regulate blood sugar levels, which is critical for those with diabetes. Some of the effects of skin-damaging ultraviolet sun rays are also cancelled out by green tea, thereby lowering a person’s risk of getting skin cancer.

Green tea is also high in catechins, a plant compound and type of antioxidant. Antioxidants are beneficial molecules that help fight against free radicals, which cause cell damage, contribute to aging, and increase the odds of many kinds of diseases. All this means that green tea consumption is a great way to stay young and healthy.

One of the catechins — epigallocatechin-3-gallate (or simply EGCG for short) — is unique to green tea. Research has indicated that drinking green tea can increase the rate at which the body burns calories — which is though to occur because of the presence of ECGC. This means that drinking green tea can aid in weight loss or the maintenance of a healthy size. Plus, ECGC may help protect from cancer by preventing cancer cells from surviving and replicating or mutating. ECGC can also slow tumor growth and fight against carcinogens.

While most of the antioxidants found in green tea are catechins, green tea also contains polyphenol, another kind of antioxidant. Polyphenol is useful because it acts to reduce inflammation throughout the body, which is important because inflammation increases the risks of many diseases. Polyphenol has also been found to have cancer-fighting properties similar to those of ECGC, such as the ability to slow the rate at which cancer cells increase.

One of the most surprising side affects of drinking green tea regularly, is it’s ability to help fight toe fungus. Toes often have less blood flow than other parts of your body, fostering an environment for fungus to grow. By increasing your blood flow to your feet and toes, green tea helps fight toe fungus. Increased blood flow can also help improve the effectiveness of toe fungus treatments such as our Beach Toes essential oil products. Together, toe fungus doesn’t stand a chance.

Green tea also makes for a fantastic alternative to other, less healthy beverages. For example, replacing soda pop with green tea will result in a significantly healthier diet. The same can be true for coffee, since coffee is so often filled with cream and sugar — in contrast, green tea tastes great on its own, without any extra sweetener or milk.

Green tea is a mild, tasty, and delightful drink. For these reasons it has become one of the world’s most popular beverages. Anyone looking for a boost to their health should consider making green tea a regular part of their diet.