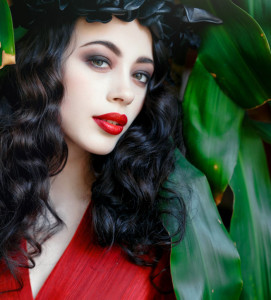 For thousands of years, tea tree oil has been used to cure ailments, due to its natural antiseptic properties. Tea tree oil originates from Southeast Australia and was used by native Australians in traditional medicine for generations. In modern times tea tree oil has become a common ingredient in shampoos and a number of health products for numerous applications. The pleasing aroma, and natural “skin tingling” qualities of tea tree oil have made it a popular addition accepted with open arms into the family of essential oils.

What most don’t know about tea tree oil is its natural anti-fungal, antibacterial, and antiseptic qualities make it a prime solution to some of the, shall we say, “less attractive” (read: gross), skin conditions many of us often suffer from.

First, let’s get the disclaimers out of the way: tea tree oil should never be ingested, since it can be toxic, and it should only ever be used when diluted with another oil (often called “carrier oils”) such as olive oil. Tea tree oil should never be used on pets, since tea tree oil is toxic to both cats and dogs. Always carefully test a mixture of half tea tree oil and half carrier oil on your skin before full application. If there is too much irritation, dilute the tea tree oil even further with the carrier oil. Tea tree oil makes a great and effective natural remedy for many common skin conditions. However, care should be used in diluting it to the proper concentrations to make sure that it only is toxic to the microbes that it is working against, and not against the person applying the oil.

Sufferers of rosacea often have an overabundance of tiny mites living in the follicles of the small hairs on their face. Although everyone to some degree acquires these mites throughout their lifetimes, rosacea sufferers often have much more than the average person has. Tea tree oil can be used to kill these mites. When tea tree oil is applied to the skin, however, it should be diluted in equal parts with another carrier oil, such as olive or macadamia oil, since applying tea tree oil directly to the skin is too harsh and can actually slow, or reverse the healing process altogether. Our Face For Him and Face for Her products provides a ready made alternative to this treatment, but if you choose to do it yourself, This treatment could be applied once a day for six weeks.

Initially, the rosecea breakout will seem worse, since the mites do not eliminate their internal toxins until after they die and decompose. Yes, sounds pretty gross, we know, but this is the horrible reality behind killing rosacea. This treatment will cause them to die off in great numbers, therefore producing a lot of toxins when they eventually decompose. If need be, during a severe breakout, the ratio of tea tree oil to another neutral oil can be lowered to 1 part tea tree oil to 4 parts of another oil to reduce the surface tingling effects one feels during this time.

If a person has facial acne, this same method can be used to clear up the breakout, since tea tree oil is a great antibacterial as well. However, if the skin is showing additional irritation or dryness, then either the concentration of tea tree oil or the frequency of applications should be reduced until the irritation subsides.

Tea tree oil also makes quite an effective cure for ringworm. One of the most popular treatments for ringworm is to cover it with a topical steroid in order to relieve the redness and itchiness of the infestation. However, this often works only to hide the infection, never really curing it since the signs of skin irritation are hidden, at least until the steroid cream wears off. Tea tree oil, being a natural antifungal, will work on the cellular level to kill the ringworm.

So there you have it. Not a subject everyone wants to talk about, but useful when you need it! What’s your favourite use for tea tree oil?